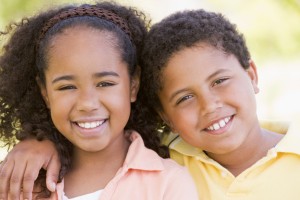 Siblings have been documented as fighting since the time of Cain and Abel, but is it possible for it to go beyond sibling rivalry and into more of a bullying issue? New research suggests that even when there are no physical scars, aggression between siblings can cause psychological wounds as damaging as the suffering caused by bullies at school or on the playground. The findings offer an unusual look at an area of family life that has rarely been studied, in part because fighting among brothers and sisters is widely considered a harmless rite of passage. Unfortunately, in this day and age, it is difficult to distinguish what is harmless teasing and what is deeply affecting a child at home.

Ordinary skirmishes over the remote or joystick are one thing, constant physical and verbal abuse is another. Normal rivalries with siblings can encourage healthy competition but when the line between healthy relations and abuse is crossed it is cause for alarm. When one child is consistently the victim of another and the aggression is intended to cause harm and humiliation, it is then to be considered a serious situation.

Nationwide, sibling violence is the most common form of family violence. It occurs four to five times as often as spousal or parental child abuse. According to some studies, nearly half of all children have been punched, kicked or bitten by a sibling, and roughly 15 percent have been repeatedly attacked. But even the most severe incidents are under-reported because families are reluctant to acknowledge them, dismissing slaps and punches as horseplay and bullying as kids just being kids.

If you would like to learn more about sibling rivalry, contact Simple Acts of Care and Kindness at 866-459-7225 or visit www.simpleacts.org for additional information.