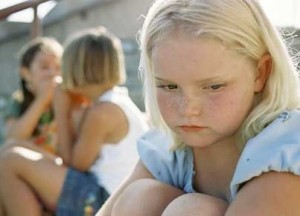 These numbers are too high!  Parents, teachers, and those in daily contact with children on school campus’ need to do something to stop it. Children also need to stand together and put an end to bullying. When children see their peers being bullied, the incident needs to be reported or get help. If children band together to address these issues, there will be strength in numbers. By standing together to prevent bullying in every school, the number of bullying incidents can drop along with those incidents of children hurting themselves, and others, because of they fear for their life while attending school(Source NASP, Make Beats, Not Beat Downs). 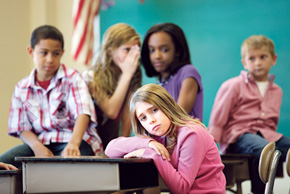 Sadly we’ll probably never be able to stop bullying as a whole – but individuals can still rise above it into greatness. These household names were all viciously bullied as kids, but they weren’t going to let that stop them.

Elon Musk is closer to being a real life Iron Man than Robert Downey Jr. But as a child, he was severely bullied, and was once hospitalized when a group of boys threw him down a flight of stairs, and then beat him until he blacked out. Now, Musk has a net worth of $13.3 billion and plans to colonize Mars by 2040.

Kate Middleton. If you bullied someone who later married into royalty, you probably need to reassess your own life. As a 13-year-old, the Duchess only lasted two terms at Downe House boarding school because fellow students tormented her for suffering from eczema and being “skinny and meek.” She now supports anti-bullying charities with her husband, Prince William.

Michael Phelps is now the most decorated Olympian of all time, with a total of 22 medals. But as a child, he was bullied about his lisp and his big ears. Swimming helped Michael release energy and unleash frustrations. He told Yahoo Sports; “I kind of laugh at it now. I think it made me stronger going through that.”

When Tony Hawk was in high school, being into skateboarding was the equivalent of being into ultimate Frisbee today. In an interview with The Talks, Hawk said; “[The bullying] gave me the fire to push it even further. I liked that it set me apart and I didn’t care what they thought.”

Kate Winslet had a miserable adolescence. Nicknamed ‘Blubber’ at school, she claims classmates went as far as to lock her in cupboards; “I suffered from ‘No one will ever fancy me!’ syndrome, well into my teens” she told the Daily Mail. Four years later, she was painted by Leonardo DiCaprio in ‘Titanic'(Source: distractify.com).