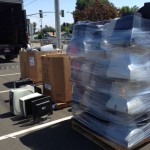 Thank you to everyone that came out to our e-Waste Event on Saturday.  With your help, we were able to fill 6 large palettes with your e-Waste!  It is with your support that we are able to continue our mission to eradicate Bullying from our schools and from the daily lives of our children!

But without your continued support we cannot make a difference. If you were unable to attend the event, you can STILL donate your items to help the children of Riverside County fight Bullying!  Bring your items Monday through Friday from 8:00am – 5:00 pm to:

If you are a company with a large amount of items to donate, we can arrange a pickup at your location at no charge to you!  Please contact us to make this happen and give you more space in your office at 951-737-8558.

As follows are the items we can and cannot accept- 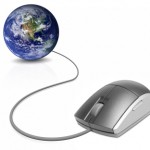 By donating your computers or electronics to S.A.C.K. you help us encourage acts of kindness among young people and adults, and to generate and administer funds for the S.A.C.K. movement as well as for the annual World Kindness Youth Conference.

If you have items to donate and cannot bring them to the special event date, please come by our specially designated office to drop the items off:

Monday through Friday from 8:00 – 5:00 to drop off any of the approved items listed above. 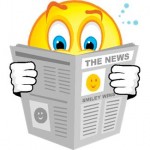 Part of the confusion arises from the word’s increased popularity and the public’s tendency (fueled by the media) to apply it too broadly. This is what Emily Bazelon, senior Slate legal editor and author of Sticks and Stones, argued in a New York Times op-ed in March: “(The word) is being overused — expanding, accordion-like to encompass both appalling violence or harassment and a few mean words.   The misdiagnosis of bullying is making the real but limited problem seem impossible to solve. If every act of aggression counts as bullying, how can we stop it?”

The standard definition of “bullying” among educators and psychologists comes not from the law but from a Swedish psychologist, Dan Olweus, according to Bazelon. While researching aggression among youth during the 1960s, Olweus identified a whole range of cruel behaviors but found a particularly wounding form of aggression he labeled “bullying.” This behavior had three basic elements: verbal or physical aggression; repetition over time; and a power differential.

“A onetime episode of meanness or violence could be bad in the moment, but it was the repetition and the power imbalance that were most often associated with lasting, scarring impact. Bullying, as Olweus defined it, was the behavior that constituted real abuse in the eyes of the children themselves: a serious rupture in their lives with potentially devastating consequences,” Bazelon wrote.

California law does not contain a definition of prohibited “bullying” conduct, except to the extent that it outlines school findings necessary for the most severe disciplinary consequences, as stated in Education Code section 48900(r). In order to suspend or recommend expulsion, a school must find “bullying” that fits these requirements:

“Severe or pervasive physical or verbal acts or conduct, including communications made in writing or by means of an electronic act … directed toward one or more pupils that has or can be reasonably predicted to have the effect of one or more of the following:

Federal law does not directly address bullying. However, both California and federal law prohibit “harassment” of students based on legally protected attributes (race, sex, disability, etc.). “Harassment” is defined as conduct that creates a “hostile environment” that limits students from participating or benefiting from school activities or services and can include conduct that might also be considered “bullying” under the Olweus or other definitions.

California Education Code section 48900.4 provides that the school may suspend or recommend for expulsion students in grades 4 to 12 when the school has determined that “the pupil has intentionally engaged in harassment, threats or intimidation, directed against school district personnel or pupils, that is sufficiently severe or pervasive to have the actual and reasonably expected effect of materially disrupting classwork, creating substantial disorder, and invading the rights of either school personnel or pupils by creating an intimidating or hostile educational environment.”

While “harassment” conduct may overlap with what is known as “bullying,” it is not the same as bullying. The concept of bullying is based on a psychological construct designed to identify the most emotionally harmful behavior; by contrast, harassment is a legal construct designed to protect certain students from discrimination. Harassment, which may include bullying, may also include conduct outside the standard definition of bullying; for example, harassment under federal law does not need to be directed at a specific target, is not necessarily motivated by intent to harm and is not always repeated.

The preceding is a recent story posted on the website Palo Alto Online dated June 14,  2013.  Use this link to read the story in its entirety.