By donating your computers or electronics to S.A.C.K. you help us encourage acts of kindness among young people and adults, and to generate and administer funds for the S.A.C.K. movement as well as for the annual World Kindness Youth Conference.

If you have items to donate and cannot bring them to the special event date, please come by our specially designated office to drop the items off.

Monday through Friday from 8:00 – 5:00 to drop off any of the approved items listed above. 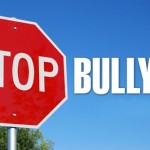 Bullying has become a fatal problem with young children taking their own lives and this type of incident now has its own word, Bullycide.  It is in the news on a daily basis.  Bullying occurs in every state of the U.S. but there are five states that make up the top five that have the most bullying behavior.  The five states are:

If you live in these states your child is at higher risk than living in any other state.  Bullying is very serious, but there are ways for your child to deter bullying from happening.  Most children will be bullied at least a couple times in their lives but there are those that will be consistently bullied.

Whether your child is bullied only once, or is continuously bullied, it still needs to be stopped.  There are things that can be done so that your child is not targeted by bullies, and steps that you can take if your child does become bullied so that he or she won’t be bullied again.

Although most schools have implemented a zero tolerance policy, it doesn’t stop verbal harassment or all physical bullying completely.  So what do you do? Well, as parents it’s important to make sure your child doesn’t become a bully themselves.  Many parents feel that if their child becomes the bully at least he won’t be bullied.  That’s entirely untrue.  In fact, becoming a bully is much worse than being bullied.

Remember….. Contrary to the saying, no one has ever been killed by kindness!

“When people hurt you over and over, think of them like sandpaper. They may scratch and hurt you a bit, but in the end, you end up polished and they end up useless.”
― Chris Colfer 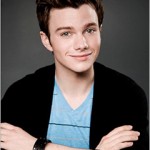 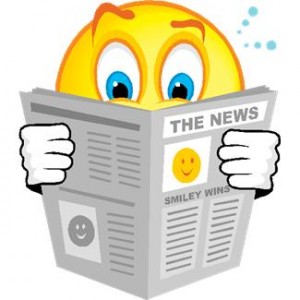 In the ever-increasing fight against bullying at the elementary and high school level, Blackboard, an education technology company, has introduced a way for students to anonymously text in reports.

Blackboard Inc.’s TipTxt program is aimed at young students who have moved to texting as their main form of communication. The confidential texts will be routed to school officials who use the program.

While Blackboard is used in nearly half the schools in the country, in this area it is mostly at the post-secondary level, but local educators believe this type of program is something that could be beneficial at the middle and high school levels.

At the Deptford school district, which goes from kindergarten through 12th grade, there is an anonymous call-in system for bullying incidents, as well as suicide prevention, vandalism and any other offenses students want to report, but a texting program is one that the administration would look into.

“Especially as the kids get older you see a lot of hesitance to go out and report things,” said Matt Huminski, the district’s bullying coordinator. “To have an avenue where a student who may be afraid to be seen in the assistant principal or principal’s office, I think it’s very important.

Huminski said TipTxt is something he would look into in order to give the students one more way to report what they witness.

“I’m always trying to look out for different things that will be effective for our students,” he said. “A texting program would be a great additional step. That’s the level they are at now, they are always texting.”

A similar program is already in use at the Clearview Regional middle and high school district. An 800 number has been set up to accept text messages from students regarding bullying incidents, and while it doesn’t garner much use, the few tips it has received have helped the administration enforce its HIB (harassment, intimidation, bullying) rules.

“You never know who you’re going to help,” Clearview Superintendent John Horchak said. “Anything that has the opportunity to limit, eliminate or decrease HIB would be a benefit and we’d certainly look at it.” 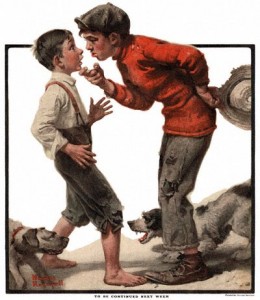 Siblings have been documented as fighting since the time of Cain and Abel. But the torment and fighting that is often regarded as normal sibling rivalry may not always be so benign.

New research suggests that even when there are no physical scars, aggression between siblings can cause psychological wounds as damaging as the suffering caused by bullies at school or on the playground. The findings offer an unusual look at an area of family life that has rarely been studied, in part because fighting among brothers and sisters is widely considered a harmless rite of passage.

But ordinary skirmishes over the remote or joystick are one thing. But constant physical and verbal abuse is another. The new study, which involved children and adolescents around the country, found that those who were attacked, threatened or intimidated by a sibling had increased levels of depression, anger and anxiety.

Normal rivalries with siblings can encourage healthy competition but when the line between healthy relations and abuse is crossed it is cause for alarm. When one child is consistently the victim of another and the aggression is intended to cause harm and humiliation, it is then to be considered a serious situation.

Nationwide, sibling violence is the most common form of family violence. It occurs four to five times as often as spousal or parental child abuse. According to some studies, nearly half of all children have been punched, kicked or bitten by a sibling, and roughly 15 percent have been repeatedly attacked. But even the most severe incidents are underreported because families are reluctant to acknowledge them, dismissing slaps and punches as horseplay and bullying as kids just being kids.

Over all, a third of the children in the study reported being victimized by a brother or sister in the previous year, and their scores were higher on measures of anxiety, depression and anger.

It can erode a child’s sense of identity and lower their self-esteem.