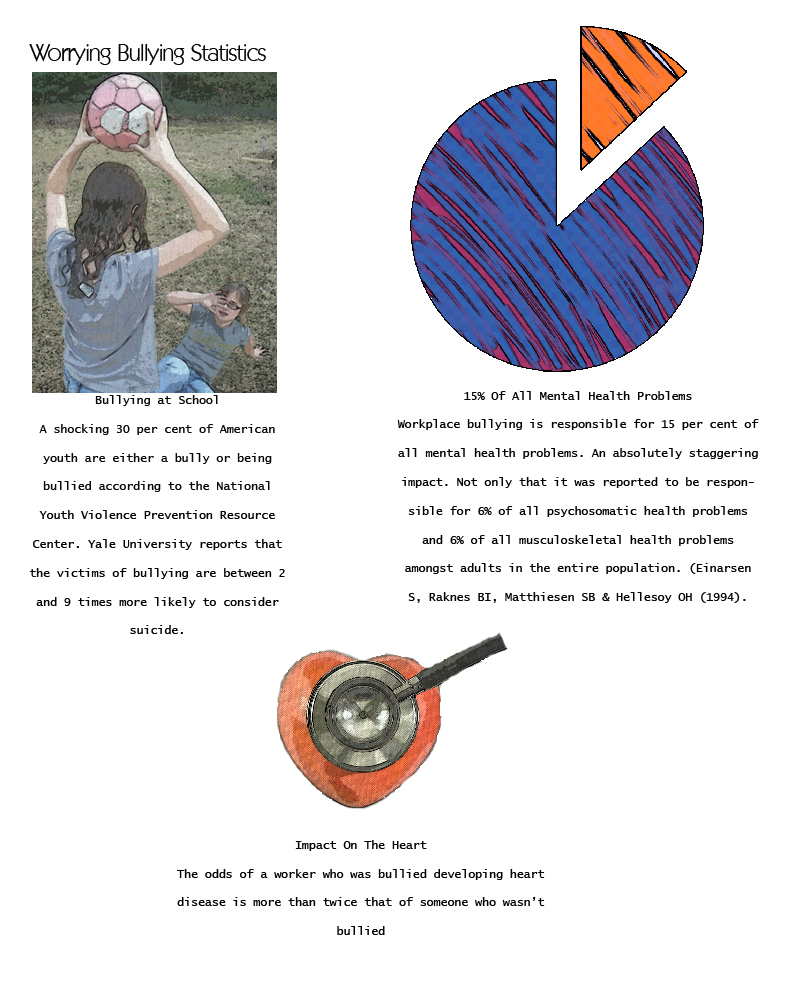 Bullying is unfortunately a frequent occurrence. A survey of teenagers by the Centers for Disease Control and Prevention found that 20% had been the victim of bullying during the previous year, while figures collected by the Workplace Bullying Institute showed almost a quarter of employees had experienced bullying at some point in their careers. Not only does bullying have a huge emotional impact for those on the receiving end, but it can have a significant adverse effect on health, both in terms of current and future health. Beyond the injuries sustained if bullying takes a physical form, as a whole being bullied can influence everything from mental health to how strong your immune system is and whether you will develop chronic diseases in the future.
Impact on mental well-being

Anyone who has ever been bullied knows the stress that it can bring to your life. Levels of anxiety rise, as you are worried what might happen next; you become fearful to go to school or the office, which can in itself result in increased absences, and for some people they may develop panic attacks. This anxiety also leads to insomnia and disturbed sleep, which not only impacts on how we perform at school or work the next day, but how we feel as well. Low mood is another consequence of bullying, which may progress to depression; this type of depression is often called reactive depression, as it is the result of an external factor. When your mood is depressed you tend to lose interest in activities you previously enjoyed and withdraw, preferring not to go out, which can exacerbate these feelings; loss of confidence and reduced self-esteem, which often accompany bullying, also contribute to your change in outlook. In the worst cases, the depression will be so severe that those people affected may contemplate suicide; research by Yale University has indicated that the victims of bullying can be up to nine times more likely to commit suicide. The impact of bullying on mental well-being isn’t just a short-term problem, as even if this occurred during childhood, a study published in the Australian and New Zealand Journal of Psychiatry found they were significantly more likely to suffer from poor mental health as an adult.

Changes in the body as a result of stress

Feelings of fear that develop as a result of bullying trigger the body’s fight-flight response, which developed to help us to escape from danger. The body increases its production of stress hormones such as cortisol and adrenaline, which trigger a number of changes within the body. Your heart beats faster, your blood vessels constrict, your muscles become more tense and the body mobilizes your energy stores for use as fuel; all of these are designed to prepare your body to take action. At the same time your body shuts down processes that are no help to it when a fight-flight response is needed, instead diverting away the energy that would have gone into processes such as digestion, immune function and supporting the reproductive system. This response by the body was only designed to be short lived, but when bullying is a problem, it is activated more frequently and for a longer duration than nature intended. Although it is yet to be proven, it is thought that the daily stresses felt by the body are largely responsible for the ill health that occurs as a result of bullying.

Pain as a symptom

General muscle pain and headaches, which have no physical cause, is commonly experienced by those who are bullied. It is thought that the stress response is responsible for this, triggering feelings of tension. However, muscle breakdown and wasting can also occur with prolonged stress, as the body prepares to use the amino acids released from the muscle tissue as fuel. A condition known as fibromyalgia, characterized by long-term widespread pain through the body, is more commonly seen in people who have experienced significant stress.

Abdominal pain, nausea and altered bowel habits are commonly reported by people who have experienced bullying and are both thought to be the cause of a slowdown in digestion. Irritable bowel syndrome, which affects around 10% of the general population, is commonly associated with stress, which exacerbates its symptoms. A reduction in appetite may accompany the symptoms of digestive upset or may occur as a result of low mood; as a result weight loss is a sign amongst some people who have been bullied, though others may turn to food for comfort and experience weight gain.

Illness as a result of impaired immune function

A weakened immune system not only leaves us more vulnerable to infection, but a number of other diseases are thought to occur as a result of a malfunction within the immune system.  Studies show that when stressful situations are more prevalent, colds, flu, sore throats and chest infections are more likely to occur, as our white blood cells are not adequately prepared to fight the bacteria and viruses that cause these before they take hold. Some autoimmune diseases, where the immune system attacks its own tissues, are more likely to occur after a viral infection – examples include type 1 diabetes and multiple sclerosis – so this might explain why stress is sometimes implicated in their development. Chronic fatigue syndrome – characterized by extreme tiredness, altered mood and senses, as well as general aches and pains – may also be triggered by a virus and commonly occurs in people who have experienced stressful situations. Altered immune function additionally makes us more susceptible to the development of allergies and as altered cells are also able to pass more easily through the body’s surveillance system without being detected and destroyed, cancer is more likely to occur; both appear more commonly when stress has been an issue.

Stress is a known risk factor for heart disease and indeed research indicates that those who have been bullied are more likely to develop cardiovascular problems; in one study the odds of a worker who was bullied developing heart disease was more than twice that of someone who wasn’t bullied. This may relate to the fact that stress raises blood pressure, cholesterol levels and inflammation within the body, all of which contribute to heart disease risk. Workers who have been stressed as a result of bullying may also use comfort eating as a way of coping and these food choices may further influence the development of heart disease, particularly if they select those high in fat and salt.

The sooner bullying can be dealt with, the better the outcome for someone’s long-term health. The implementation of anti-bullying policies within schools, colleges and workplaces plays a vital role towards this. 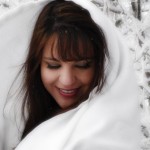 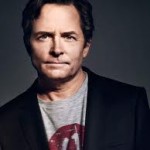